The Vision Smart Center is proud to introduce several real Vision Smart Center product users. We offer a complete line of nutraceutical supplements that help to promote a wide range of overall health, including vision, brain, cardiovascular, anti-inflammatory, and women’s health issues. These men and women are firm believers and supporters of the powerful vision promoting benefits of our impressive Vision Smart product. With more than 200 mg of anthocyanins per serving, this remarkable product offers a wide range of proven vision support including glaucoma, macular degeneration, and eye fatigue. Below you will find these Vision Smart users amazing experiences:

Similar cases were reported to us. One of customers had almost same problem like Mrs. Lee and eye doctor told her that she will be blind in next 3 – 5 months or later time. At that time, she took VSC, one year later, she went to see eye doctor without any help. It meant that she could see again. She was over 80 years old. 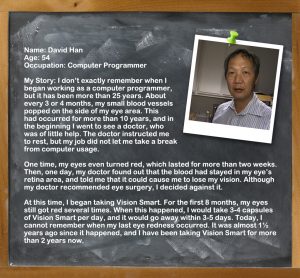 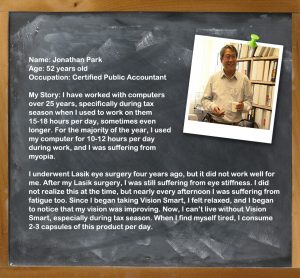 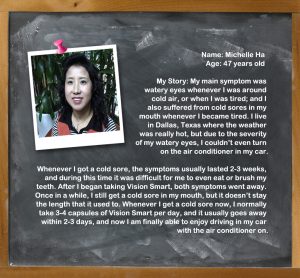 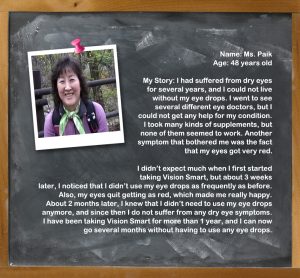 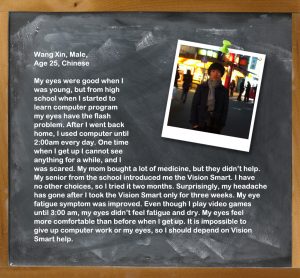 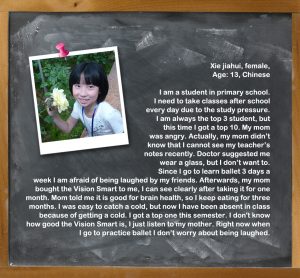 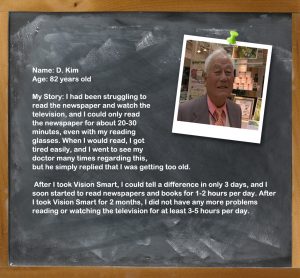 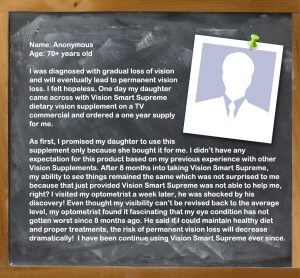 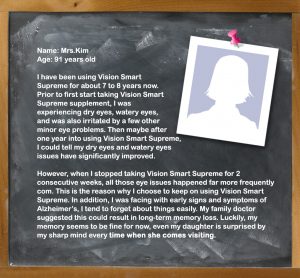 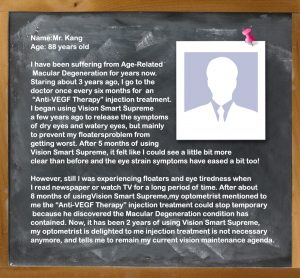