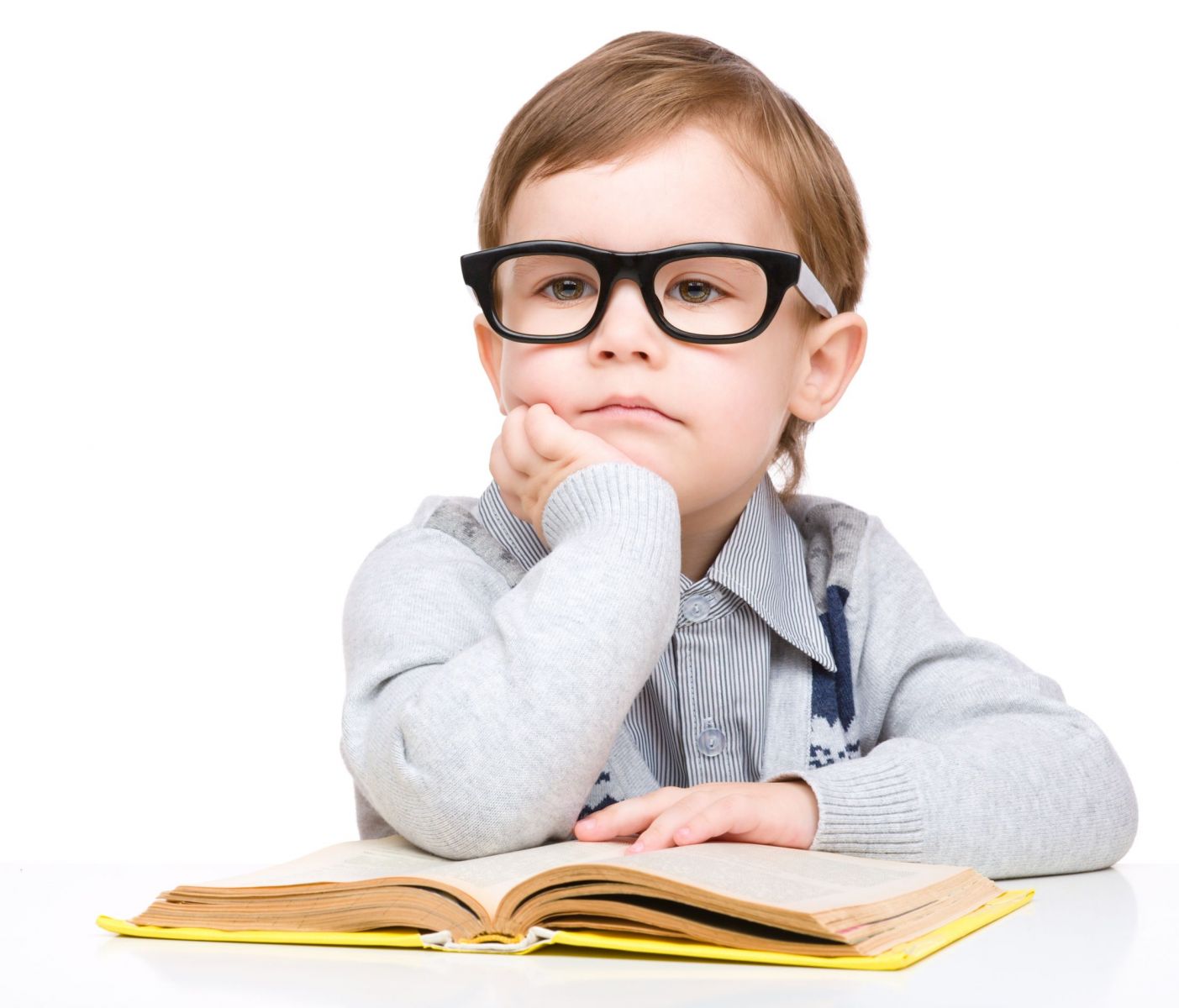 In response to alarmingly high rates of myopia developing in children, science teams around the world have spent years looking for treatments and methods for preserving and improving eye health and vision. Collectively, these researchers have identified and characterized  the powerful eye health properties within natural ingredients including: Blackcurrant polyphenols, Astaxanthin and several essential vitamins and minerals.

The unique anthocyanins (a type of polyphenols) found naturally in New Zealand Blackcurrants plus the powerful activity of Astaxanthin can improve blood circulation in and around the eye. This activity helps refresh the eyes by delivering fresh nutrients to cells and removing waste buildup. Evidence suggests these effects and others,  contribute to correct development of children’s eyes, relieve eye fatigue and help prevent long term eye damage.

A recent study from Meiji University tested 21 healthy volunteers to determine the benefits of Blackcurrant anthocyanins on the eyes after extensive PC screen use. Following two hours of consecutive use, the group receiving Blackcurrant anthocyanin extracts (ACE30), showed dramatic reductions in all five areas of fatigue stemming from tired eyes. 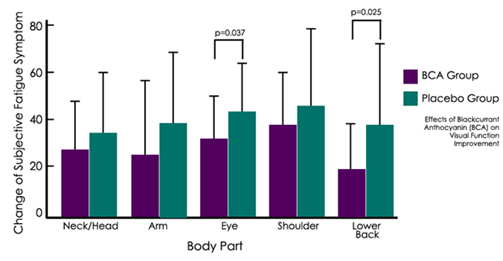 In another study conducted by researchers at the University of Toyama in Japan, supplementation of Astaxanthin was found to reduce visual fatigue in subjects by up to 54% based on questionnaire responses.

VDT Subjects with Eye Strain Symptoms before and after astaxanthin supplementation 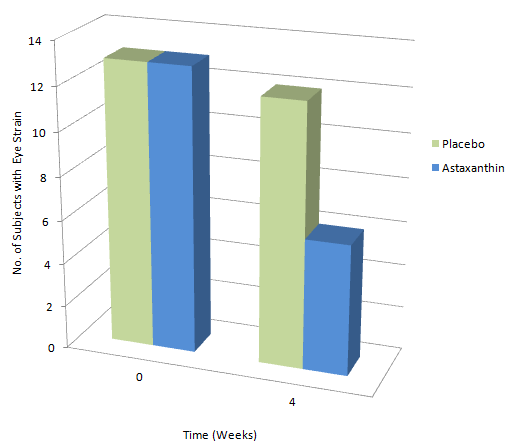 Free radicals are dangerous compounds that damage cellular structures in our body’s by taking electrons from them (aka oxidizing them). This type of activity has been suggested as the cause for many types of disease and premature aging conditions. Many researchers believe that oxidative stress in the eye, in addition to eye fatigue, may be a key cause of myopia in children.
Astaxanthin, also known as a super antioxidant, and the natural polyphenols found in blackcurrants have been well characterized for their high antioxidant activity. Researchers have demonstrated the ability of these particular antioxidants to locate in and around the eye area. This suggests they are able to directly combat free radicals  in this area preventing  eye damage; something most other antioxidants are unable to achieve.

In order to assess antioxidant power of different foods, researchers measure ORAC values (Oxygen Radical Absorptive Capacity). This assesses a foods ability to protect cells from free radical damage. A comparative analysis of ORAC values revealed, New Zealand blackcurrants have significantly greater antioxidant power than many other fruits. Including those well known for their high antioxidant power, such as the American Blueberry! 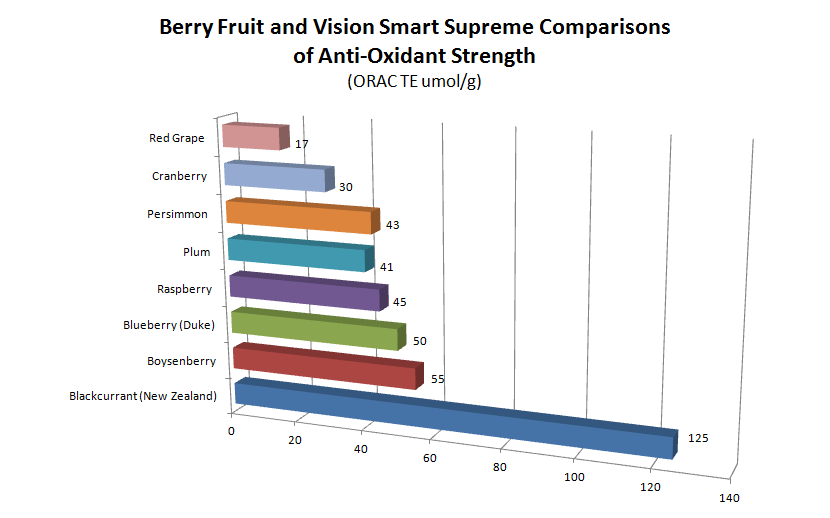 There are many vitamins and minerals that research has identified as being ‘essential’ for normal human growth and activity. With respect to healthy vision, Vitamin A helps form key molecules used regularly in normal vision. While Folate, Vitamin-B12 and Zinc are involved in many facets of regular cell division and growth, making them key contributors to the natural development of young body’s and eyes.